The Spoils of Allsveil 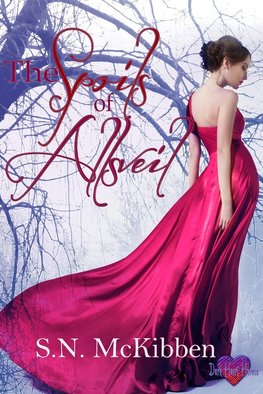 ​Murder. Marriage. Forgiveness. The kingdom of Allsveil is the chessboard, and the royals are the pieces.

Two noble families meet in a whirlwind of battle, conquest, hate, and passion. When a neighboring army conquers her home, Princess Alexia is forced to marry her father’s murderer, Darrin, the new king's young prince.

While Alexia grapples with revenge and flirtation, finding her own strength in the process --the new king, Goththor, seeks forgiveness from his queen and from himself. Two generations learn that the game of chess is nothing compared to the game of love and forgiveness...
AMAZON

Months of fighting, and finally it had come to this—an evacuation. The City of Allsveil defending against The Empire of Dreshall. The Horse against The Hawk. My father, King Fieron Tyilasuir, fighting King Aiden Goththor at the gates of our regal castle. All because two men couldn’t see eye to eye about a small city being under one banner.

At that moment, I’d never wanted anything more than to be a son for my father. Especially while I stood in the high tower evacuating the servants, wet nurses, and maids. But I was not a boy or a man. I was my father’s doted-on princess. A girl allowed to swing a sword with my father’s permission because he was the monarch.

My mother had a sword of her own and used it in defense of my unladylike desire to hold more than a misericorde. Her blade was not tempered in metal, but its steel cut and the ring of her tongue drove deep. They say the pen is mightier than the sword. I’m personally aware that my mother’s word is mightier than a frail quill from a duck’s arse.
Mother kept sneaking glances out the windows. I could tell that, like me, she wanted nothing more than to be down there, wielding a sword against invaders beside our king.

Horrors I’d been told about in stories lay on our courtyard battlefield. Arrows stuck out from the chests and sides of our men as thorns to a rose. Not one man died with feathers in his back. Brave warriors, all of them, who knew they would never see past this day and did not turn away from protecting us.

Mother’s dark eyes expressed more fire than a hearth flame when she said, “Get them all out.” Worry tainted her expression even through her unwrinkled skin and hair pulled back in a severely tight bun. My mother, the queen, never out of place, never out of sorts, remained that way even in dire situations.

“Come, Emvery.” I offered my maid a hand and stepped patiently while the woman, who tended me since birth, waddled down the stairs one step at a time. “We’re under attack. You have to move faster.”
My mother drilled that sword of flesh with tone and timing. “Alexia, respect those who’ve protected you from rain and wind down to their bosom.”

“I’m sorry.” I took my maid’s arm firmly. She had a tendency to fall and was careful going down stairs. “But the castle gate is failing. We must hurry.”

Near the bottom of the stairs, Mother spoke to the guards assisting our escape. “Are we the last?”

The two queen’s guards, Clay and Heinsley, looked at each other.

“I asked you a question, gentlemen.”

“No, my lady,” Heinsley answered. “Samalia refused to leave her quarters.”

Mother huffed and spun on her heel, stomping back inside the tower.

Emvery held me tight, or I would’ve followed.

“My lady!” Heinsley leapt and caught Mother’s arm. “We must leave.”

The queen of Allsveil ripped out of her guard’s grasp. “Do not touch me, Heinsley. I will not overlook your inappropriateness again.”

Clay grabbed both my mother’s arms from behind. “I’m sorry, my lady, king’s orders.”

“Emvery, go!” I left my maid’s side and rushed back up the stairs.

Mother elbowed her guards while I passed them to get my Nanna, Samalia. A stubborn old nanny wasn’t going to be my martyr.
“Heinsley! The girl!” Clay said.

“You will address her as princess, or Princess Alexia!” My mother even now concerned herself with propriety. My practice in skirmishing with castle guards quickened my feet but while I could take three steps at a time, Heinsley, with his long legs, could take five or six even in his heavy armor.

Hands scooped me up by my waist. “No, Heinsley! We can’t leave her here!”

“We can and we will.” The guard’s rough voice rushed in my ear.

We struggled down the stairs. Heinsley squeezed my arms together while he leaned against the wall. I kicked and hit all the right places to tumble us both, despite the stupidity of falling down a stairwell. I was too angry. Too fevered in my desperation to get to my Nanna. We could not leave her to these plunderous savages.

Heinsley took my blows without so much as a grunt. My attempts became an embarrassment and after the eighth strike, I stopped. I didn’t want to hurt him or me. He was only trying to save us.

Clay held Mother fast by the shoulders, his back to the open escape. He was the brawny type that filled an entire doorway. If he stood in the archway, Mother wouldn’t be able to get around him. Not even if she crawled. Which, no matter the dire consequences, could I ever see the queen of Allsveil doing.

“Good.” Clay’s relieved face swept over me and Heinsley. “Let’s get out of here.”

Clay took hold of Mother’s wrists and turned around, engulfing the open door. A buzzing, the sound of a thousand whistles, then screams echoed off outside the tower walls. Clay stumbled back. My mother scrambled away just in time before Clay fell flat on his back. If it wasn’t for Clay’s size, we’d all have arrows in our bodies. Twenty or more bolts stuck out of Clay’s chest, stomach, and legs.

“Oh bloody hell!” Heinsley let go of me and leapt down the stairs.

My legs wobbled and I leaned against the wall. Heinsley pulled Clay all the way in and slammed the door. Thuds pelted the thick oak door.
“Clay?” Mother knelt to the man who’d saved her life and took hold of his hand.

Dread shot through my stomach. The pain Clay must be in. Not only that, but in pain and knowing he was going to die. I leaned forward to force myself out of my locked position. “Nanna can help!” I turned and ran up the stairs.

“By God, Alexia, duck under the windows!”

Tears threatened behind my eyes, knowing but hoping that wouldn’t be the last warning Clay ever gave me.

The thousand whistles of death came again and I dropped and shielded my head. Glass tinkled. Arrows broke through and clattered against stone.

I ran up the tower of stairs until the next window. I didn’t hear whistling, but I ducked under the sill anyway. Five flights of stairs and endless windows later, I reached the top of the tower and into the sixth-floor corridor. Rooms were on the right, while the left wall displayed sculptures, paintings, glassware, and artisan creations of our people. There was no time to save most of the precious items. Only my Nanna and my people were more valuable than the items of culture. Empty corridors greeted me as I raced down the hall.

“Nanna!” My breath labored. I barged in to her room, not bothering to knock. “Nanna!”

No answer. I went to her bedchamber and there, in bed, surrounded by all her scrolls, sat Nanna Samalia. The wrinkly old woman nestled a book the size of a small tabletop between her knees.

“And I’ll repeat myself.” Nanna’s jowls shook. “I’m too old to run around. Leave me.”

When I was younger, her scowl, chin whiskers, and wrinkles could scare me into behaving. Now that I was older, I searched beyond her gruff manner. I saw a woman born from a life that cut and made people wise to the ways of the world or devoured them whole. Nanna told me the truth, when so many slathered butterscotch or jam over the rubbish of innocence.

“You will run or I will carry you.”

Nanna pinched her face into a scowl. “I told Clay to carry you and the queen out.”

Her face never changed. Almost as if she expected as much.

Ringing of metal and shouts brought my attention to the window. I peeked through, careful not to be spotted by the enemy. Shadows cast down on the courtyard. Arrows flew. But not even their arrows could reach up to the top of Nanna’s tower. A hole in the twelve-foot-thick front wall looked like a screaming mouth with angry ants pouring out. The portcullis was breached.